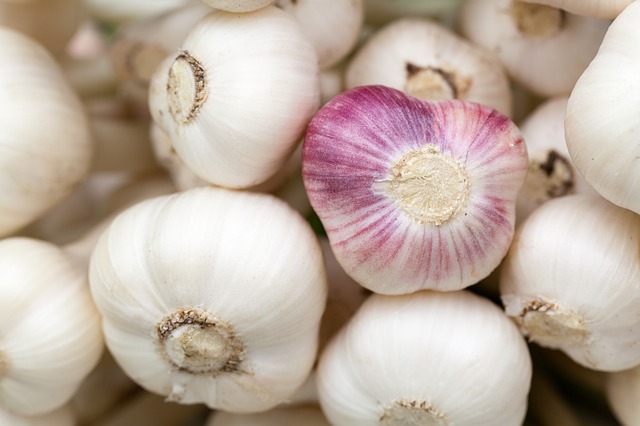 Garlic is one of the most poplar spices in the world, and is also widely heralded as having great medicinal properties. Since it is such a widely and regularly used item, it is generally considered safe to be eaten during pregnancy, but it also has some properties that might make it a bit undesirable for use during those nine months.

However, that is not to say that garlic should definitely be avoided, because its side effects, if any, are minor and infrequently seen. The key, like everything else, is in moderation, and the process of consuming it. In this article, we will discuss the right methods and proportions of consuming garlic during pregnancy.

The woman’s immunity is compromised during pregnancy, making her more susceptible than usual to a number of illnesses- both major and minor. Garlic is especially beneficial since it is known to fight a number of illnesses, such as such as skin infections, circulatory disorders, and cardiovascular anomalies.

It is also known to fight and treat certain forms of cancers since it regulates free radicals in the body that contribute to gene mutation that leads to cancer. Garlic therefore, forms an essential item in the diet of a person who has a weakened immunity system, such as a pregnant woman.

It is extremely important for the pregnant woman to remain in perfect health during her pregnancy. The desire to eat more than usual and a possible penchant for unhealthy foods might lead to cholesterol deposition, especially if she has a history of the same.

Needless to say, this is unhealthy at all other times, and doubly so during pregnancy, when the slightest changes in blood pressure and cholesterol deposition can wreak havoc to the health of both the mother and the unborn baby. Garlic comes handy in this situation since it is known to fight cholesterol and keep the blood pressure levels at normal.

Garlic is also supremely beneficial in keeping diabetes at bay. A penchant for sugary foods is common during pregnancy, a problem that will increase manifold if the woman is already diabetic. Due to system disruptions that are common during this period, sugar levels can grow rapidly.

Besides, some women may also become the victim of gestational diabetes, which is a rare but extremely dangerous condition that sets in only during the period of pregnancy, and disappears as soon as the pregnancy ends. Unfortunately, in such cases, most pregnancies end in preterm births, miscarriages, and still births. Making garlic a staple addition to your diet will help keep such dangers away.

Also read: Can I eat ginger during pregnancy?

A word of caution

All said and done, however, it is best to consult with your physician before eating garlic. It is a pretty strong item, and may interfere with the functioning of some medications. It also has blood thinning properties, which might lead to extraordinary bleeding during delivery.

There are many different ways in which you can eat garlic. The best, of course, is to eat it raw, but the taste might be too strong for most people. You can instead add it to foods, and alternatively, opt for extracts and capsules, for which you need to consult the physician and determine the dosage.

Tags: garlic while pregnabt, is it safe to eat garlic during pregnancy
Tweet Pin It