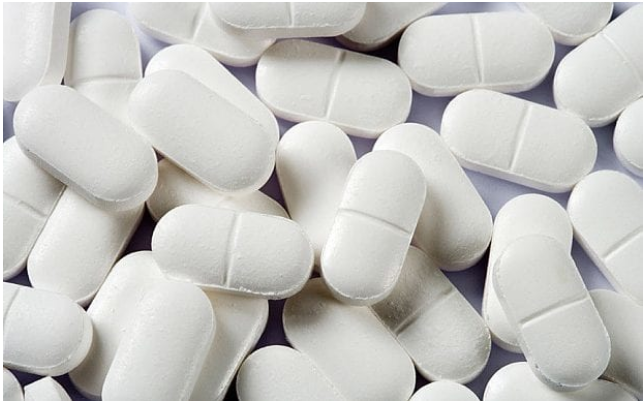 Paracetamol is a common medicine that many pregnant women consume to prevent infections, and fever. As it is cheap, and easily available off the counter, many pregnant women form it a habit to consume whether they feel any of these discomforts.
However, pregnancy is a critical phase and you can’t take anything lightly. Whatever painkiller you take at this time is going to directly impact your baby’s health too. So, in this article, we are going to see how safe is paracetamol during pregnancy.

Before we look at the side effects of paracetamol, we must understand what is paracetamol. It is a kind of an analgesic, or antipyretic treatment that is generally taken during pregnancy. Products that contain paracetamol are easily found in medical stores available without any prescription. Its easy accessibility tempts people to perform self-medication. However, you need to be very cautious about taking it especially when you are pregnant.

Why is paracetamol taken during pregnancy?

Paracetamol is viewed to be the preferred choice during pregnancy to deal with common pregnancy discomforts such as:

Paracetamol exhibits potential immunological effects that helps in lowering the painful sensations and high temperature in a person. It is used at different stages of pregnancy. This medicine has not got any negative reviews stating about its harm on an unborn baby till date. With any medicine consumed during pregnancy, use it for the shortest time and in low amounts.

If you notice that the recommended dosage of this medicine has failed to give you any relief or is incapable to treat your symptoms, that is when you need to talk to your doctor. It can tempt you to increase the dosage amount a little by yourself, but doing this can put your pregnancy at a risk. So, the best course of action is to communicate with your doctor about it and let him advise you what is best for your health.

Paracetamol does not itself cause any harmful effect on your pregnancy, provided you take it in the right amounts. However, it is advised not to consume tablets that contains paracetamol and caffeine. It is not advised in pregnancy. The reason for that is high amounts of caffeine can lead to babies with low birth weight.

It can enhance the chances of health issues in later stages of pregnancy. A lot of caffeine can even cause miscarriage. Make sure that before you consume any paracetamol tablet, you check the ingredients and amount of caffeine in each tablet. if it contains more than 200mg of caffeine, then discard it straight away.

Should you avoid taking medicines in pregnancy?

To be on a safer side, it is advised to not consume any kind of pain-reliever medicine during pregnancy. The negative impact of these medicines generally depends on the trimester of your pregnancy.

Doctors generally do not recommend any such medicines when a woman is in her first trimester or the first three months of her pregnancy. This is seen to be the most critical phase of pregnancy causing maximum possibilities of miscarriages too. So, if you are experiencing any cold, pains, minor aches etc. that are obvious during this time of your pregnancy, then don’t treat it with medicines.

As per researchers, if paracetamol is used in mid to late pregnancy, then it can cause severe impact on the neurocognitive outcome of the baby. Taking prenatal paracetamol in the 3rd trimester results in reduction of frequency of “HSCs” in the blood. This reduced population of HSC in the blood later diminishes immunity in a baby.

Prenatal and postnatal access to Paracetamol is also linked with development of asthma in the baby. A recent study revealed that intake of Paracetamol in the 1st trimester elevates the chances of developing childhood asthma.

In addition to it, women who are in their 2nd pregnancy, are more prone to taking Paracetamol due to changes in lifestyle setting such as infections of 1st baby and increased level of stress level. All these side effects were only seen in women who took paracetamol in high dosage for a sufficiently longer time without doctor’s supervision.

Presently, there is no clear proof that shows adverse effect of paracetamol on your as well as your baby’s health. Thus, paracetamol is considered to be safe during pregnancy or breastfeeding. But like with any medicine, when you take it during pregnancy, then you should consume it in low doses and for the shortest time period.