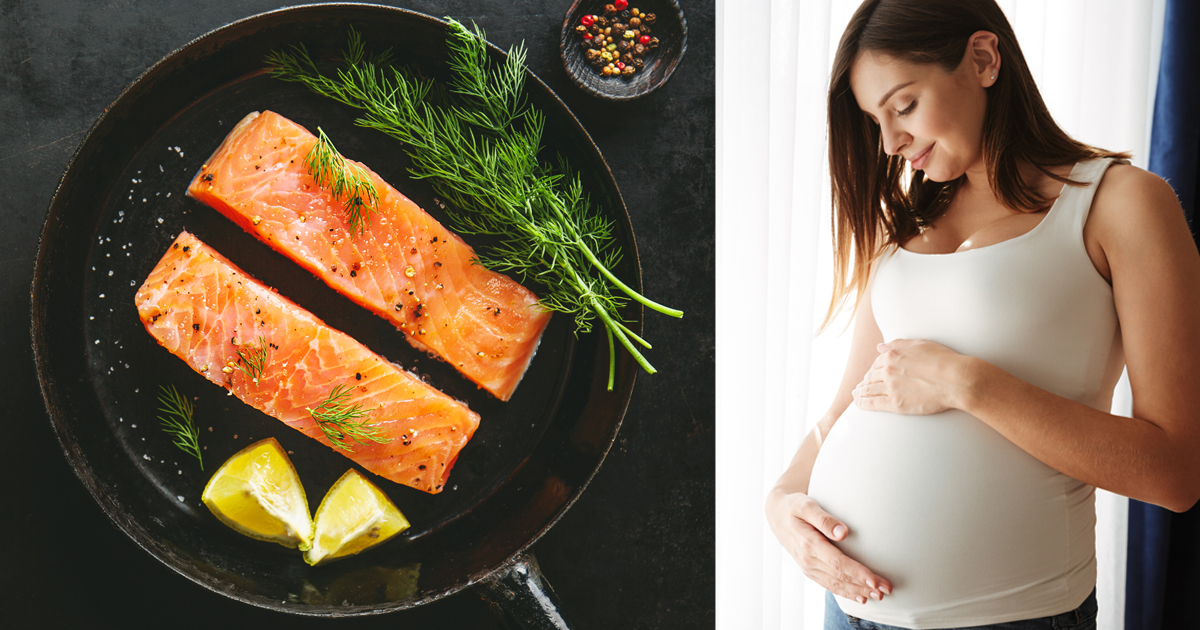 Fish is a staple food item in the diets of many cultures around the world. Yet, there are many people who consume much less than the daily recommended dose, many of them fearing mercury poisoning from fish consumption. However recent notifications by the FDA state that it is essential for women who are pregnant pr planning to conceive soon should consume more fish, thanks to the fact that fish is a vital source of a wide array of essential nutrients that greatly benefit the growing baby and overall health of the woman. In this article, we will try to bust the old wives’ tales and see which fish and how much we can eat while pregnant.

To begin with, let us see why we should eat fish. Apart from providing a wide variety of options to choose from, fish is a very rich source of a wide array of nutrients that are essential for the pregnant other and the baby’s health, such as omega 3 fatty acids, proteins, vitamins, and several minerals. Besides, the versatility and variety offered by fish also cannot be undermined; since the pregnant palate keeps craving new and different tastes, few food items would be as useful in such a situation.

Well-cooked, and in moderation

All said and done, however, it is of course important to keep in mind that immoderate consumption of fish is also not at all a good idea. Ideally, a pregnant woman should eat two to three servings of fish every week. The timing is not very important, and she can choose to eat the amount during the main meals of the day, or further divide portions to be eaten with several small meals distributed throughout the day. It is also important that all the fish that is consumed by the woman is as fresh as you can get them, and very well cooked. It is best to avoid raw or undercooked fish during these nine months, since such fish contains bacteria and other parasites which may cause serious disruptions to the mother’s health and even harm the baby. Instead of focusing on any one type of fish, try to include a wide variety in your diet.

Always opt for fish that is low in mercury. How do you do this? A simple enough bit of knowledge about the breeding grounds of fish will enable you to choose wisely. Mercury is found in high concentrations in streams, oceans, and lakes. The fish living in such water bodies tend to accumulate some amounts of mercury in their systems, which will then be imbibed by the people eating those fish. It is to be understood, however, that small amounts of mercury will not case you or your baby any harm, but large amounts certainly will; hence the amount restriction. Traditionally, smaller fish such as canned tuna, tilapia, salmon, shrimp, catfish, and cod contain very low concentrations of mercury. On the other hand, bigger fish such as king mackerel, white tuna, shark, and swordfish contain high concentrations of mercury, and are best avoided during pregnancy.

It is also a good idea to check which water body the fish comes from, if possible. For instance, fish that comes from the Gulf of Mexico are certainly to be avoided at all costs during those nine months, since that region has an unprecedented amount of mercury. If possible, look up local advisories and health handouts to check which water bodies in your locality are safe to fish from. This will give you an idea of the source of the fish in your local market, and help you make a more informed choice.

Avoid buying frozen fish, since these are usually host to a thriving colony of bacteria and other parasites, some of which may well be seriously detrimental to your pregnancy. Remember that you will be especially susceptible to food borne illnesses during this time, so it is best to avoid anything that has been sitting on the shelf for some time. Buy in small batches, and consume the cooked fish piping hot. It is also best to cook your own fish instead of ordering from somewhere, since you have no idea about the kitchen conditions and kind of fish being used in the preparations.

If you are concerned with omega 3 fatty acids but do not like fish, you can easily replace the same with supplements. However, it is best to get used to eating fish, since no other food item will give you the required minerals and proteins that fish will. Besides, being extra picky abut your food will limit your culinary choices drastically.

Foods To Avoid For Reducing Miscarriage Risk
What To Eat And Avoid While Breastfeeding?
Signs That Your Baby Is Hungry
Healthy breakfast ideas for pregnant ladies
10 Foods To Avoid During Pregnancy
Foods that helps to increase the production of breast milk
Tweet Pin It