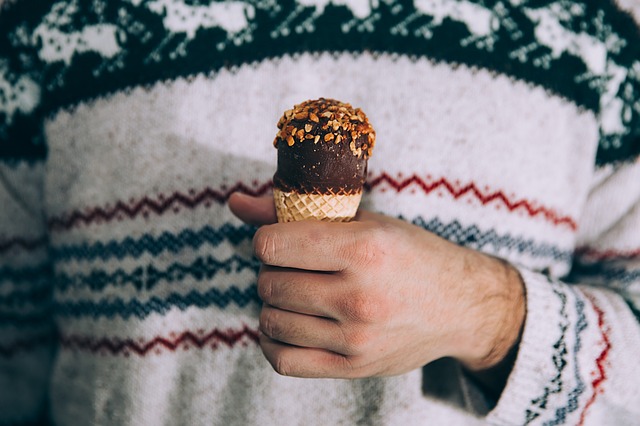 Making a diet chart can be quite a hassle when you are expecting. You find out that the food which you love is pretty toxic for your health and that of the baby’s. Suddenly the food that you have loved for so long makes you nauseous, and stuff that you have eaten happily for lunch and dinner for so long have started to affect your health in a number of ways. Most women have a sweet craving during pregnancy, and ice cream is usually the most easily available item on the menu for such situations. But like everything else, pregnancy makes the simple act of digging into a bowl of ice cream pretty complicated. In this article, let us explore whether it is okay for us to eat ice cream when we are pregnant, and how.

Yes, but in moderation

It is perfectly normal to crave for sweet nothings during pregnancy. You will often feel like digging into bowls after bowls of cookies, brownies, and ice cream. And that is perfectly normal. Indulge in your cravings once in a while; it is okay and even recommended. But it is important to remember that you cannot give in to those cravings every time you feel like it; eating a small scoop of soft ice cream each week is okay, devouring a whole bucket of Ben and Jerry’s is not.

Good for you and the baby

Ice cream contains a huge amount of proteins and lactose, which is great for the healthy development of the baby and to keep the mother healthy as well. The calories in ice cream can help in keeping the mother full, reaching out their effects on the baby as well. Besides, the calcium content in the milk used to make ice cream helps in increasing bone density of the mother, which is an absolute necessity during pregnancy, and also helps in developing the bones and teeth of the growing baby.

Depression during pregnancy is a very common occurrence, but something that is usually associated with the fears that a woman feels regarding her drastically changing life. However, mood swings or depression have a very strong physical cause; when the brain produces lower levels of serotonin and dopamine, depression sets in. Studies have shown that eating ice cream triggers the release of these hormones in the body, thus effectively lifting the mood.

The protein contained in ice creams help in increasing the levels of tyrosine in the brain, which in turn helps to trigger the release of the hormones dopamine and norepinephrine. These hormones are responsible for our activity levels, and their suppression leads to lethargy or fatigue. By triggering their release, ice cream helps in keeping one energetic. This is a great boon for the pregnancy woman, who might often feel out of steam, especially during the later months of the pregnancy.

What kind to eat

Doctors and nutritionists recommend the pregnant woman to eat only soft ice creams. This is because soft ice creams are highly processed products with pasteurized milk and processed eggs, reducing the chance of any salmonella living in it. But even then, avoid eating too much of it since processed foods tend to contain preservatives that might be harmful for the baby’s health. Do not make ice cream at home since the eggs will not be processed and put in raw; unpasteurized milk and unprocessed eggs both contain salmonella and other forms of bacteria that can cause severe health complications in both the mother and the baby. If you must make some ice cream at home, then use an egg substitute, or avoid eggs altogether.

If you are lactose intolerant, then you have probably been avoiding milk-based ice creams all your life. But pregnancy can trigger a bunch of new allergies that had been dormant for so long, so go for an allergy test as soon as you come to know that you are carrying. Some ice creams have gluten in them, which might trigger an allergy as well. And consult your doctor to see if you can eat ice creams during pregnancy if you sinusitis or catch a cold easily.

How to eat them

Eating a small scoop of soft ice cream once or twice a week after lunch is fine. Avoid them at dinner or as a midnight snack since sugar is not processed at night, and your body will hoard up the excess as fat, leading to unhealthy weight gain for both you and the baby. Mix in some ice cream with a bowl of fruits for a healthier and more satisfying dessert.

Also read: Can I eat pizza during pregnancy?

It’s not an overstatement to say that ice creams are the food of the gods. But you need to keep a little away from them during the nine months of budding motherhood. It’s tough, but a small price to pay for a healthy baby. Once you have delivered, you can go back to indulging in as much ice cream you want to make up for lost time.