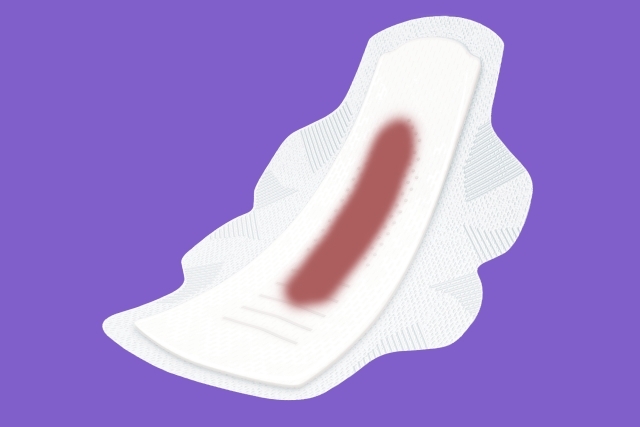 Healthy vaginal discharge is quite common in women. A thin, white, or transparent discharge, called as leukorrhea is not a thing to worry about. However, sometimes the color of this discharge can be either brown, or close to the color of blood. This causes a lot of anxiety to pregnant woman. The relieving news is that this phenomenon is quite commonly seen in pregnancy and is majorly due to changes of pregnancy hormones. In this article, we will learn more about brown vaginal discharge, its causes, and when to seek medical help.

About Brown Discharge In Pregnancy

Brown discharge is a type of discharge that is tinted with old blood. It is the indication that some amount of blood remained in the uterus and has got old. This old blood is now coming out in the form of brown-color vaginal discharge.

Is Brown Discharge Normal or Worrisome?

Vaginal discharge is commonly seen in pregnancy. A lot of expecting women notices the change in color of this discharge to brown. It is quite harmless. In most cases, a woman with this symptom gives a normal delivery. Occasional brown discharge in small amounts does not cause any harm to the development of baby, and health of the mother.

Reasons behind brown discharge in pregnancy

Here are a few reasons that can contribute to brown vaginal discharge.

Implantation bleeding: This happens at the initial stages of pregnancy. Around fourth week of getting pregnant, you may notice very light bleeding of brown color. It is called as implantation bleeding. This type of bleeding happens when the inseminated embryo attaches itself into the vascular inner coating of the uterus.

Cervical irritation: There is another reason that can lead to brown vaginal discharge. It happens due to irritation in the ‘cervix’. This part of the body is located at the bottom of the uterus. It opens and enlarges at the time of labor. Cervix is very vascular and has several number of blood vessels in it. Due to sex, or infection during pregnancy, it can get irritated and result in bleeding. Your doctor will perform a cervix examination to figure out the reason behind the irritation and its effect on your pregnancy.

In some cases, the increased circulation of blood through this part, and alleviated hormone levels in the body, can make this region highly sensitive. This eventually will result in light colored or brown-colored spotting.

Ectopic pregnancy: This is a rare occurrence that can lead to brownish discharge. This stage arises when a pregnancy happens in the fallopian tube that is located outside of the uterus. Though this is not a common occurrence, but can pose life-threatening emergency to a pregnant woman. An immediate assistance of doctor is needed to treat the case.

Nearing labor: Brown discharge can also happen if you are nearing to labor. It is one of the signs of labor. Under this condition, you will lose the mucus plug a couple of weeks before from the date of delivery. You may come across this condition between 36 weeks to 40 weeks of pregnancy.

This mucus plug seals the entrance region of the cervix in pregnancy and safeguards the uterus region from bacterial infection. As the body gets prepared for labor, it causes the cervix to become soft and release this plug. Either the plug completely comes out or displaces from its position in tiny pieces.

Unknown reasons: Sometimes the exact cause for brownish vaginal discharge is unknown. Some women report bleeding in their first trimester of their pregnancies. Doctor say it could be due to improper development of placenta. If you are experiencing brownish discharge in the first trimester, then you should talk to your doctor at the earliest.

When should you seek immediate medical assistance?

If you experience brown vaginal discharge along with the below symptoms, then it can be an indication of critical condition. In that case, you need to rush to your doctor:

If you experience bleeding with any of these symptoms that it can be the sign of miscarriage. This makes it very important to visit your doctor, and get yourself checked and treated as soon as possible.

A small amount of brown vaginal discharge is a natural sign of pregnancy. A vast majority of expecting women experiences it. This symptom disappears on its own once you give birth to the baby. Getting yourself regularly checked by the doctor will ensure safe pregnancy. If the bleeding increases, and/or you find any extreme symptoms mentioned in the article, then you must seek immediate assistance of your doctor.