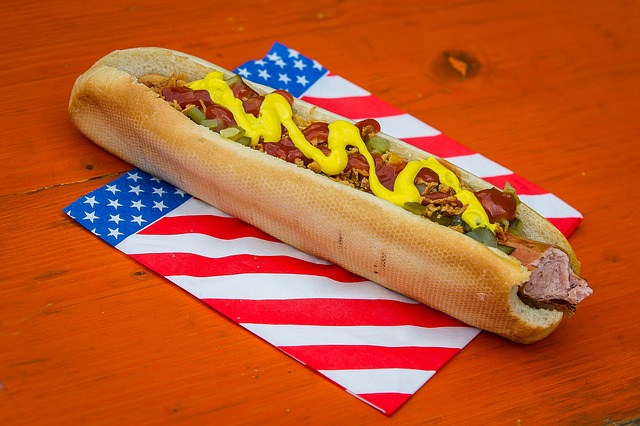 Hot dogs are one of the most favorite fast foods in the world. They are available in almost every part of the world, in almost every city and town. It is more or less a staple at games, informal social gatherings, and barbecues, and it is easy to understand why: it is inexpensive and extremely easy to make. Now that you are pregnant, you might be wondering whether you will be allowed to eat this delicious item any more. To be honest, there are a lot of cautionary tales advising you to stay away from hot dogs during those nine months, and with pretty good reason. But hot dogs are delicious, and pregnancy is the time when you crave delicious foods the most. So what is the deal with these wieners? Is it an emphatic yay or a strict nay? Let’s find out.

As it turns out, it is neither. There is really nothing stopping you from enjoying an occasional hot dog throughout your pregnancy if you do it right. There are multiple issues with hot dogs, of course, ranging from bacterial infestation to food preservatives, but you can bypass them if you follow the correct methods of eating hot dogs. And of course, it is absolutely imperative that you exercise moderation.

The biggest problem with hot dogs during pregnancy is that it is made from cured meat, which is basically a processed byproduct of meat and poultry. You would also know such meat as cold cut deli meat, and such meat acts as the host to a thriving colony of a bacterium called listeria. Now, listeria is generally not harmful to the population, except for people who have a weakened immune system, such as older adults, people battling long illnesses, young children, and pregnant women. In such cases, the bacteria pave the way for a disease called listeriosis. Once affected with listeria, the pregnant woman would not feel anything more than a slight discomfort in the stomach, a little nausea, and bouts of digestive disorders. It is also difficult to diagnose since these are pretty normal symptoms of pregnancy. The fetus, however, is heavily affected. Listeria can lead to sever developmental disorders, congenital defects, and in worse cases, to miscarriages and stillbirths.

Hot dogs also contain high levels of sodium nitrate. Since sodium nitrates and sodium nitrite are used in food preservatives, they effectively prevent the formation of listeria and other kinds of bacteria. However, these elements come with their own set of risks. Studies have been conducted that link consumption of sodium nitrates and nitrites to pancreatic cancer. Besides, they are also known to damage the blood vessels, thus paving the way for a plethora of heart diseases.

All these risks do not mean, however, that you will have to refrain from eating your favorite fast food altogether. For instance, meat free hot dogs are a great option if you want to indulge in this snack now and then but do not want to take any risks. Soy hot dogs and those made from grains and vegetables are delicious in their own right, and they do not contain as much preservatives as the meaty versions. They also run a much lesser risk of a listeriosis infestation. Besides, these non meat based hot dogs also contain much less in terms of fat content than the meat based hot dogs.

The best way to ensure that you are not risking any contamination from your occasional hot dog indulgence is to eat them properly cooked. Agreed, hot dogs are considered precooked, and you have probably never cooked them again. But the best thing to do would be to bring them back home instead of eating them right at the vendor, and cook them properly. You can grill them, boil them, or fry them lightly, that is your call. And, once you have cooked them, eat them right away. Cured meats should always be eaten piping hot when you are pregnant, and in fact that is true for all foods. Buy you hot dogs in small batches if you are buying only for yourself. Buy one or two at a time since you are not likely to eat any more at one sitting, because it is not a good idea to refrigerate them, even if they have been cooked once. The more you refrigerate, the bigger the chances are of contamination.

Also read: Can I eat chicken during pregnancy?

Hot dogs are delicious, of course, but that does not mean that you can feast on them as you normally could; your immune system is already compromised when you are pregnant, and you cannot take any risks with your health during this crucial period. But that does not mean you cannot eat them at all, as long as you are keeping a tab.