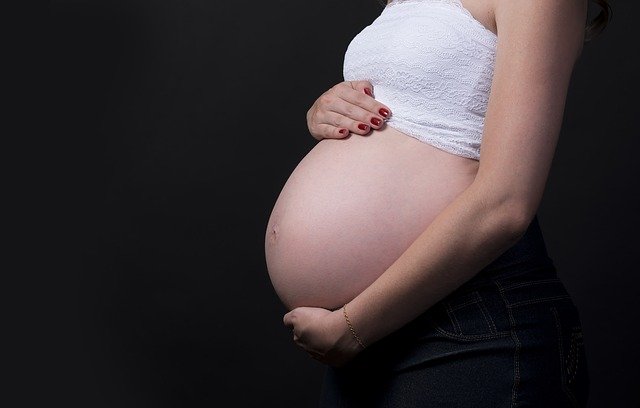 Is it safe to get a period during pregnant?

Period is sign of ovulation, wherein the uterus lining becomes thicker for the fertilized egg to get attached to it and begin to develop. When a woman gets pregnant, then her period stops. She doesn’t ovulate like she has been before conceiving. Period or Menstruation occurs when the women isn’t pregnant. Though it is possible to experience a little bleeding during pregnancy, due to some other reasons.

But there is no relation between this bleeding and getting a period. The bleeding that a women experiences during pregnancy can be normal or critical. Based on the type of bleeding, she should contact her doctor.

Causes of bleeding during the first trimester

Around 25 percentage of expecting mothers are seen to bleed a little during the early stages of her pregnancy. There can be below reasons for it:

This type of bleeding is seen to occur in the initial months of pregnancy. It happens when the fertilized egg gets implanted into the lining of the uterus. This happens close to the date of your period. Implantation bleeding is not the bleeding due to a period; it is only a light spotting.

After when you get pregnant, in the initial few weeks, you can see some changes in the cervix that can also be the reason for the bleeding. In most of the cases, it is quite normal.

Out of the above causes, uterine rupture, and placenta previa are a very rare occurrence.

Preterm labor is one of the important causes of bleeding that is seen to happen before thirty-seven weeks of pregnancy. Cramping, and contractions can be felt during preterm labor. A few signs of preterm labor include:

Placental abruption, Uterine rupture and Placenta previa are the common causes for bleeding. So, let us know more about these cases.

Uterine rupture: In uterine rupture, the muscle of uterus either tears, or separates from the body. Due to which a woman experiences unrestrained bleeding. Women who had delivered earlier through cesarean delivery are more susceptible to uterine rupture.

Placenta previa: This issue is seen when the placenta is positioned low in the uterus, and is closely situated to the cervix. This is another reason for bleeding. Placenta previa causes problems in labor.

When should you seek assistance of a doctor?

Regardless of what has caused it, if you report bleeding during pregnancy, you should contact your healthcare professional. Bleeding can turn out to be critical, if it is accompanied by below symptoms. This requires emergency medical attention:

If the color of the bleeding turns out to be bright red, or becomes heavy, then it is a critical situation. Experiencing pelvic pain, and vaginal bleeding quite early in their pregnancy indicates ectopic pregnancy. If a woman suspects an “ectopic pregnancy”, then she must check with a doctor at the earliest.

Also read: Leg Cramps During Pregnancy: How To Stop & Prevent Them

Bleeding at the time of pregnancy doesn’t indicate her period. It can be due to changes in the internal functioning of the body. Heavy bleeding is not a normal phenomenon and needs immediate treatment. When faced by such condition, a pregnant woman should definitely talk to her healthcare professional for best resolution.