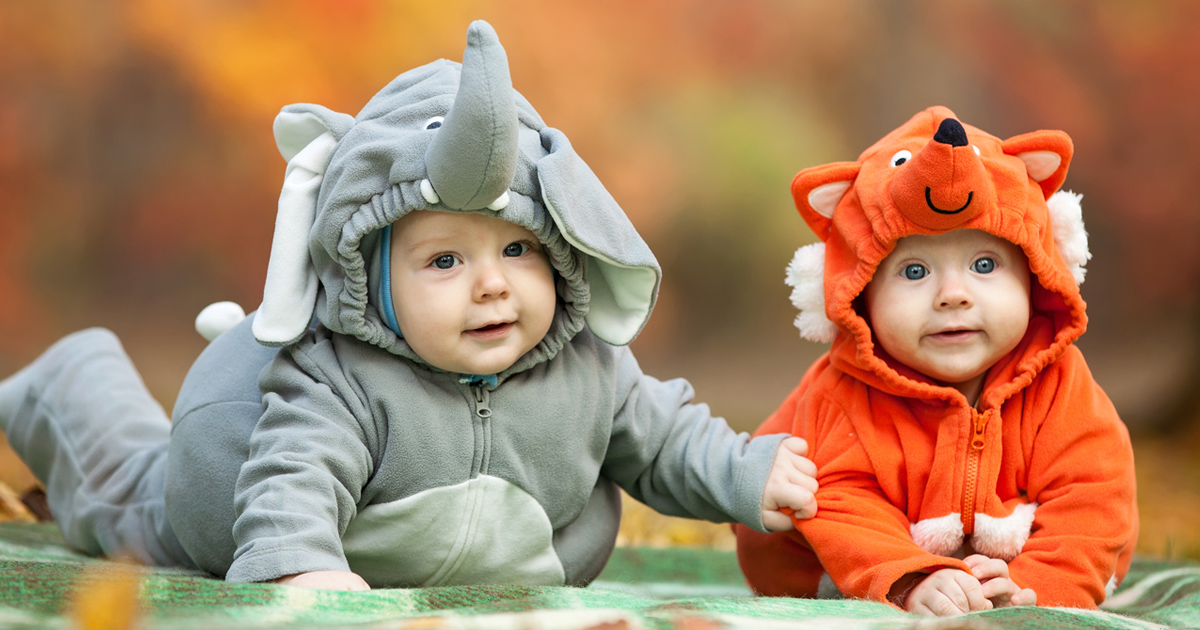 If you’re expecting twins, your joy is probably double the others! However, with 2x the excitement comes twice the responsibilities of raising two newborns of the same age at the same time.

Here comes a shocking fact…….The number of twins in the US is increasing over time, the reason being more and more pregnant mothers succumb to assisted productive technology and fert ility drugs. Both these artificial methods of conceiving lead to multiple gestations and hence the high probability of twins.

The outcome? One pair out of every 30 babies born in the US is a twin. With so many of them living among us, it’s high time we share some surprising facts about twin babies.

1. Twins Have Their Own Language To Communicate With Each Other

Next time you hear your twins talking to each other, do not consider it to be your newborn just babbling. They have their special form of language, made up of inverted words and onomatopoeic expressions. Research concludes that a special form of speech, termed cryptophasia, is only exclusive among the twins.

Despite all this, the language tends to disappear as they grow older and start learning their mother tongue.

Mixed twins or twins with different colored skin tones are a rare phenomenon, and they are not only exclusive to inter-ra cial couples. Couples with the same skin color can have twin children with differing skin tones because the couple’s parents are of mixed ethnicity.

In 2016, a study conducted by the University of Washington concluded that mothers who give birth to twins live longer than the mother of singletons. It also revealed that they are healthier than mothers with a single child in every aspect and also possess a high fe rtility rate.

4. Twins Can Have Different Dads

Yes, that’s true! The odds are one-in-a-million, though. One such case is of Mia Washington giving birth to twins. Generally, a woman releases one egg each month. But for Mia, surprisingly, it was two.

A group of Italian researchers in the late 80s studied quite a few sets of twins and found out about the bonding they share inside their mother’s Womb. Ultrasounds detected that post 14 weeks, twins are likely to reach out to each other and even seemed careful while reaching near each other’s eyes.

6. Identical Twins May Not Always Have The Same Genetics

You must be wondering if identical twins share almost the same DNA structure, so why not similar fingerprints? Well, fingerprints do not generate solely based on DNA alone.

However, when they are conceived, they start with identical fingerprint patterns. Post-six weeks of pregnancy, as babies begin to show some signs of movement, they touch each other’s amniotic sacs. It results in forming a unique set of ridges and lines on each of their hands, eventually resulting in different fingerprints.

8. Twins Don’t Need To Have the Same Birthdays

Though an extremely rare, once in a blue moon circumstance, it is quite possible! A newborn’s health concerns or complications during pregnancy can cause prem ature birth to one of the twins.

Say a mother’s water br oke prior to the due time, one of the twins has to be delivered before the other. The other child stays inside the mother for a few more days or weeks before she is born.

Next time you see a twin, though chances are very thin, it is still possible they might not share the same birthday.

BONUS FACT: On August 7th of every year, Twins Day is celebrated in the city of Twinsburg, Ohio. 2021 marked their 47 years in a row!

Twins may grow very indifferent to each other, no matter how similar you’ve been treating and raising them since the day the duo was born.

Though you’ve introduced them to the same diet, one may grow up to be the pickiest eater ever while the other is willing to try everything. It doesn’t matter if you read them the same bedtime stories. One may turn himself a bookworm, while the other may be more fond of outdoor sports- you never know!

While most of it is highly uncertain, what’s certain is our top 9 list of surprising twin facts, and we hope you had fun while learning a thing or two about your dynamic duo!

Your newborn’s first week: what to expect?
7 Things Pregnant Women Do That Might Affect Their Babies
15 Pregnancy Comics You Can Totally Relate With
How To Keep Yourself Busy During Pregnancy?
25 Quick Tips for a Healthy Pregnancy
Surprising Things About Unborn Babies
Tweet Pin It