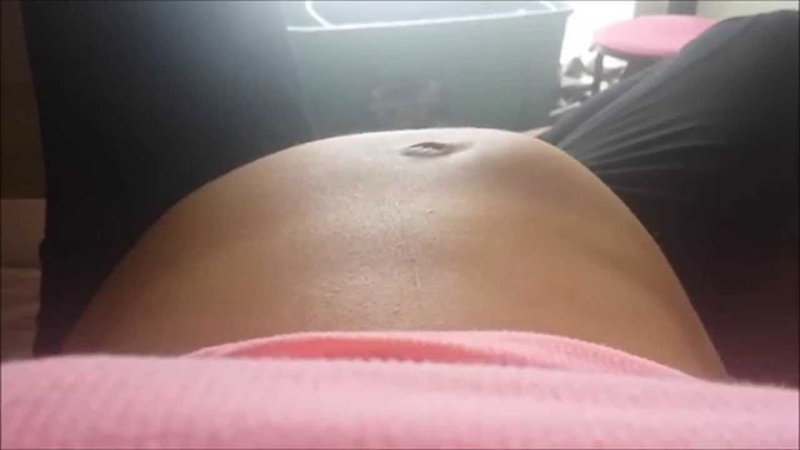 As the baby grows, it is very common to feel his kicks. However, many women are curious to know why it happens. Is it normal? Well, it is absolutely normal in pregnancy. It is a good sign that indicates normal growth of a baby. This article will provide you the real reasons what makes a baby to kick in the womb.

What Are Those Actions That Cause Kicks In The Womb?

You would start to experience tiny kick sensations in the body after the first semester. This is when the little one has started to grow. His slowly bending of neck can cause you kick like sensation in the body.

As the days pass, the baby starts to grow, some more movements are added to their list that can cause you frequent kicks. These are the healthy signs of the growth of baby. Some of these movements are hiccupping, legs, and arm movements, yawning, thumb sucking, and stretching. When reaching 16th to 18th week of pregnancy, you can find these punches to gain strength.

Is Kicking In The Uterus Normal?

Yes. It is absolutely normal. It is related to development of brain. It is an inevitable part of pregnancy. Kicks helps a fetus to develop. As the time passes, and the baby gets strength, you can sense it in the intensity of kicks. At the later stages of pregnancy, you will feel his kicks getting stronger. This is a good sign that tells you of proper development of baby. Almost every pregnant woman has to deal with it. Let us now know why does it happen.

Why do babies kick in the womb?

These are some of the reasons why babies kick in the womb.

A way to sense their body: With the development of the brain, the fetus kicks in response to their brain activity. These kicks will be in relation to the changes in mother’s movement, temperature, sound, and other types of stimuli. Fetal kicks that are felt in the 3rd trimester aids infants to develop regions in the brain that are associated to sensory input.

They are linked to assisting the baby to sense their own body. Spontaneous movement as well as consequent feedback obtained from the environment at the early stages of development period are considered to be essential for proper mapping of brain.

A Reflex Action: Early movements of fetus are completely reflex actions. Increased coordination in these movements shows the baby that they are in full control of when, and how much the baby moves.

An Exercise: Fetal kicking is also perceived as an exercise. These kicks help him in exercising his limbs, and muscles. It not just helps to make brain connections, but also gives response to stimuli.

Impulsive feedback, and movement from the atmosphere in the early phases of development are essential for adequate mapping of brain. The activity of brain changes with movement. Different kinds of brainwaves perform varying types of functions in the body. such movement evokes quick signals in the brain that disappear in some weeks after the birth.
A big change is seen when the baby reaches the full-term age. This happens due to the different types of sleep associated with specific brainwave patterns. Not just it defines life-threatening growth of brain in late gestation, but also displays a correlation between active movements in sleep and cortical mapping.

Things To Note In Fetal Movement

The quality, perceptibility, and frequency, of fetal movements can tell you many things. Sporadic fetal movements start to become more organized when it gets around the second trimester. Mothers feel kicking sensation at around 15 weeks from the date of conception. The frequency of kicks stats to increase from the 3rd trimester, when the fetal starts to roll in the body. If you see the quality of all these fetal movement to improve with each passing day, then you can be rest assured of safe pregnancy.

Also read: When Baby Stops Moving In The Womb: Is It Normal?

As per the studies conducted, it is found that kicking is a reflex action. It is a way of fetus to “map” his body and sense his surroundings. In addition to discovering a place, it also contributes in his development. In the 3rd trimester, fetal kicks also help in development of the brain regions in the infant that are associated to sensory input. So, kicking of a fetus is natural phenomena and is a sign of healthy pregnancy.